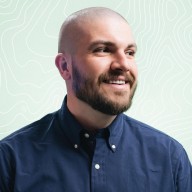 First, it’s been an unprecedented few days with the rapid spread of the coronavirus. From a health and economic standpoint, experts predict it will get much worse before it gets better.

In times of uncertainty like this, it’s best to rely on data and experts. This graph shows how important slowing the spread of infection is to saving lives.

And the experts at Johns Hopkins and Harvard have partnered with Bloomberg Philanthropies to launch an initiative to allow American mayors to share real-time learnings from the frontlines of the crisis.

Recently, we worked with Mayor Bloomberg’s campaign for President of the United States. His team was dedicated to making facts and data a bigger part of the debate. Although he’s no longer in the race, I’m proud of the quality, speed, and scale of the digital products LGND was able to create.

Earlier in my career, I was fortunate to serve as a speechwriter for Mike during his first term as mayor. The city was recovering from the tragedy of 9/11, and there was work to be done to build a better life for millions of New Yorkers across education, economic opportunity, and public health.

Mayor Bloomberg’s team used data to guide policy decisions that helped the city rebuild. But our decisions were also guided by optimism, the belief that the world can and will get better.

We’ll need all three—data, experts, and optimism—as we recover from this crisis.