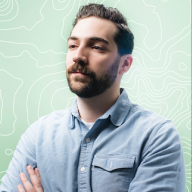 The Power of Nostalgia.

Unlike irritating television advertisements that interrupt your shows 364 days a year, companies use humor and heart to appeal to emotion and make viewers look forward to the ads premiered during the Super Bowl. With a price tag of about $5.5 million per 30-second slot, companies need to be direct and concise to be memorable to over 100 million viewers.

We asked the LGND team to pull together their recommendations for the most memorable advertisements. Check out these quintessential picks, spanning from 2003 to 2018, to catch up on the most memorable Super Bowl ads before the 54th Super Bowl (and, of course, the Puppy Bowl) airs on February 2nd.

“I like to think of Terry Tate, Office Linebacker as the Judge Dredd of the modern cube farm. Forgettable as a Reebok spot, Terry Tate has lived on and inspired a generation to refill that coffee pot. Or maybe it’s just hilarious. Your choice.”

“Technology allows the commercial to tap into nostalgia. My good friend, Martin Peters, helped bring the idea to life.”

“Nothing tugs on the heartstrings more than a puppy, a Budweiser Clydesdale, and “Let Her Go” by Passenger to guide the story along. This one will have you wiping away the happiest of tears.”

“A fun way for the league to publicly demonstrate its support for a new league rule that had long been disputed by its fans and players: allowing touchdown celebrations. Too bad Eli’s a better dancer than quarterback.”

“More an experience than a single ad, a group of these throughout the game turned the idea of a Super Bowl commerical on its head while being funny and innovative but without getting annoying.”

Have a favorite Super Bowl ad? Let us know!