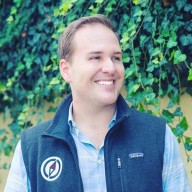 “Keep It Simple, Stupid” Has Lost Its Meaning.

In the early days of flight, the phrase carried helpful value for explaining complex systems. Today, however, the adage implies that the role for those tasked with communicating complex subjects and nuance is to put our “stupid” hats on and dumb down the message—because let’s face it, “regular people” aren’t smart enough.

After a decade of experience, my sentiment hasn’t changed. The phrase is not only degrading to its intended audience, but it also shows a lack of humility and appreciation for how truly complex and beautiful the world is.

Whether it’s measuring the contributions of immigrants on our economy, the impact of opioid addiction, the best places for innovation, or if regulation is holding us back, none of these issues are simple—the modern world is difficult to understand and we face unique challenges that don’t come with easy solutions.

If You Can’t Explain It Simply, You Don’t Understand It

Thanks to an ever-increasing amount of content at our fingertips, the average human attention span has fallen below that of a goldfish. In such an environment, where audiences are so easily distracted, emotionally-charged, fact-free ideas are able to spread rapidly; turning many of our most important issues into otherwise trivial points of contention.

If we are to reclaim a structure where ideas and solutions are vigorously debated, we must start by throwing out “keep it simple, stupid,” and replace it with something more thoughtful:

“If you can’t explain something simply, you don’t understand it.”

It’s not as punchy, but here’s why it’s better: far from being an exercise in lower-order thinking, the ability to explain a complex topic simply — so that it can be understood by a non-expert audience — is actually the best indicator of whether or not you understand it yourself. Doing so, without compromising the accuracy of the data or the nuance of the message, requires a mastery of the subject matter far exceeding the level needed to convey a complicated topic complexly.

Made popular by the lectures of the late Richard Feynman, Professor of Physics at Caltech, this concept has become a darling of the tech industry—and is said to guide how Apple engineers explain complex technology to their peers.

But while it may be the preferred method for some of our country’s smartest minds, you don’t need a PhD to explain complex issues simply.

For too long, we’ve relied on “keep it simple, stupid” principles that have plagued our culture and played to our biases and fears. At the same time, good ideas have been buried in hard to reach content and explained with such complex jargon that only a true expert could locate or understand them.

While an idea may start with a complex theory and require rigorous testing, eventually the research needs to be translated and distilled so the idea turns into action.

Simple is what we’re striving for, but getting there simply isn’t always the right answer.

So the next time you hear that terrible phrase, offer a different perspective, one that respects the audience and the facts.